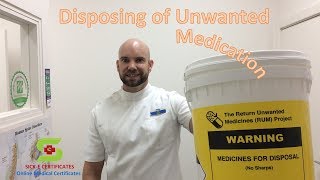 What do you do with old medication? 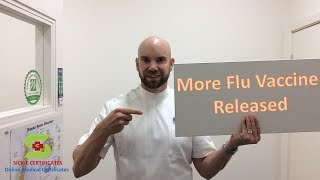 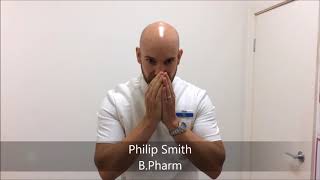 Reduce the spread of the common cold

For a while now it has been known that all codeine containing products will require a doctor’s visit from the 1st of February 2018 (Video here), and that date is now fast approaching.

The TGA made the announcement in December 2016 (read here). Before May 2010, codeine was S2 (Pharmacy Only) and could be purchased off the shelf and in large boxes of 72's. Oh how times have changed.

So for 7 years and 9 months codeine containing products became S3 (Pharmacist only) requiring (depending on your state) at least a minimum of some form of involvement of a pharmacist in the sale of the product.

So those that had the 72 tablet a day addiction to these codeine based products were going to be able to get help and advice from a pharmacist.

Now codeine in itself does not cause your body a lot of big problems as your body adjusts to increasing doses (yes if are not use to taking codeine and took a large dose there is trouble in store), but it is what it is combined with in the paracetamol or ibuprofen. Above recommended doses, paracetamol starts to stuff your liver up (cirrhosis) and ibuprofen rips a hole in your stomach or bowels, stuffs your kidney function up (you don’t notice till they are 90% gone) and increases your risk of heart attacks and strokes.

So during this time, I did help a few, when I spotted their usage increase, coming in once a week for a box of the new reduced size (5 days’ supply). The thing is with addiction or chronic pain, most don’t think it’s a problem to keep taking these medications or want help, so I think more were scared away and no longer used the pharmacy as part of their supply run. The sad part about this is that the business I worked for lost money by practicing ethically (pharmacist are not paid for advice or referrals, the business only makes money from the front of the shop if a products is sold.) and I wish I could say that all pharmacists do. But we had success stories, people who got their pain under control and those that no longer need codeine on a daily basis. If you work in a large pharmacy, with rotating staff, addicts can work out when a changeover occurs and will hit the morning shift and night shift staff at different times (I had this happen once on a 13 hour shift I pulled many moons ago, I had to pull the CCTV to show the gentleman his earlier appearance in the day) or just visit a pharmacy or several down the road and the pharmacist can be none the wiser.

So around February 2016 (10 months before TGA decision) the Pharmacy Guild developed a program (MedsASSIST) to track the use of codeine between pharmacies by recording some form of photo identification. This was non-compulsory, but near 70% of pharmacies took it up, (30% obviously thought they didn’t have a problem in the area, it was too time consuming {takes about 30sec} or it would affect their sales?).

So we could see when the patient last purchased a codeine product and from what postcode. If you needed more than a couple of boxes in a month, it was time to refuse sale and refer you to a doctor.

So why did the system fail both legitimate users and addicts?

Well addicts learnt fast to show different photo identification from drivers licence, gun licence, passports to different pharmacies to hide their usage (there is always a loophole), as well as find the 30% that didn’t use this system, or didn’t enforce it.

Pharmacists failed as well. I would frequently see a long list of previous supplies that indicated an ongoing need for pain treatment or addiction that needed a doctors attention, even if it was a prescription from the doctor for that same medication, we hoped that the doctor was running blood tests to check kidney function, liver function etc and exploring options to help with the patients ongoing (chronic) pain or dealing with the potential addiction.

There is little to no repercussions for the pharmacy or pharmacist that sold the medication above the recommended amount, only financial punishment for not selling it. We had guidelines issued, but no definitive; Here is what happens if you sell X boxes to a single patient in a month. Yes we have a code of ethics to abide too, (so does that mean 30% broke that code by not using MedsASSIST?). So if you didn’t sell stupidly large quantities to one person and you didn’t kill anyone, there was little chance of any repercussions. Also due to the white lies of an codeine seeker or someone in chronic pain such as;

“It’s for my Husband, Wife, Son, Uncle (.Insert relative here.)” ”I left it in the work Ute” “I must have thrown it out”

“I’m going away and don’t know if there is a pharmacy in Queensland anywhere!” “I can’t get into my doctor”

etc etc... (Yes, these can be legitimate excuse, but normally not 2-3 days after the last purchase and/or one of the above happening more than a few time in a month)

you could always fall back on those being the reason for supply, get a slap on the wrist, be made to read the PSA Code of Ethics (not sure if there is a test at the end) and back to practice.

I honestly do not know or have read a single article on someone in trouble for oversupply of codeine products (please share if you have).

There are plenty articles on those getting caught with their hand in the S8 jar (safe) or oversupply of pseudoephedrine (cold and flu tablets). They normally end up suspended for up to 2 years and then can get their registration back.

Most cold and flu preparations (which only dry up your nose) have now been reformulated to no longer contain codeine, You will just need to see your doctor for any codeine based medication, hopefully they will keep an eye on your liver, kidney, heart etc, refer you to a pain specialist if you need ongoing pain treatment and not just stick you on Panadeine Forte (or something stronger) and send you out the door. And hopefully we have less/no deaths from codeine now that the doctors are in control (that's is what the TGA believes will should be achieved by this action)

If you or someone you know needs help with codeine visit these websites:

Or talk to your doctor

I won’t say it’s going to be easy, but it will be worth it.